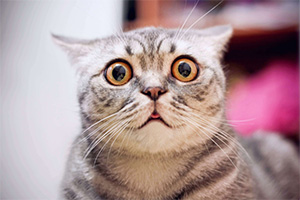 In the mid 1700's, a doctor named Franz Mesmer, amid a number of healing experiments, ended up performing holistic healing on his patients whereby he would waive his hands just above the body in an attempt to psychically realign invisible energies. Other doctors found no evidence in what he "did" as being effective but in what he "said" as being very effective.

He told them to close their eyes, breathe deeply (which relaxes the muscles with each exhale), clear their mind of all distracting thoughts and to focus only on the sound of his voice. His patients often said they were MESMERIZED by the soothing sound of his voice, a word they named after the good doctor and was later used to describe tunnel vision where you would stare at an object or person to the point where you were oblivious to everything else going on around you. An example of tunnel vision is when I heard a woman at the beach yell at her husband saying "you were so mesmerized by that girl walking by that a 6 foot chicken could have walked in front of you and you wouldn't have even noticed."

Once Dr Mesmer's clients were relaxed and had created tunnel vision by focusing only on the sound of his voice, he would then "persuade" them to "change the way they "perceive" that which ailes them." Together, along with their trust in the doctor and their belief that they would leave his office cured, this brought about many cures. This is no different than a client laying down in a psychiatrist office in order to relax and then accepting the trusted doctor's persuasive suggestions.

Around 75 years later, in the mid 1800's, another doctor, James Braid, used Doctor Mesmer's techniques on himself in order to relax and then to also change the way he "perceived" that which ailed him, all without the need for another person to talk him through it. (This eventually became known as self-hypnosis).

He noticed that the more he completely let go of the stresses of the day and completely relaxed, that he would become very sleepy. Just like taking a warm bath and allowing the stresses to leave your body, a sleepy feeling always follows. Having a knowledge of Greek, he renamed the word Mesmerized to Hypnotized, and later Hypnosis, because the word "Hypnos" is the Greek word for sleep, named after Hypnos, the Greek god of sleep.

He explained to the public that hypnosis was simply relaxing both mind and body to the point of feeling sleepy. And that once relaxed, hypnosis ends and persuasion begin by them convincing themselves to picture in their minds a different way of perceiving that which ailed them which, in turn, caused their mind and body to heal, understanding that the body has to follow a path that the mind has created for it.

Not long after, in 1894 a book was published called Trilby and in 1915 the movie Trilby was produced, both depicting a Svengali taking over a woman's mind causing her to shed her inhibitions and become a famous singer and when he died she could no longer sing. The movie called this ability to control her mind as in being hypnotized. But it was not hypnotized at all. It was the ability of someone to persuade someone who trusted him to believe in herself that she could be so much better than what she believed she was.

Regardless of what it should have been named, that misconception still exists today. Thanks to the movie industry and the thousands of movies that followed, there will always be people who feel the word hypnosis is mind control, against their religion and is used only on the weak minded.

Today, if you were to ask anyone where they got the idea that hypnosis was mind control, every single person will tell you it was because of what they saw in the movies.

So once again, Hypnosis, the art of becoming sleepy, and the power of persuasion, the ability to get people who trust you to do something, are two separate things and, although they work synergistically with each other, should not be considered as one.

Created with Mozello - the world's easiest to use website builder.
.